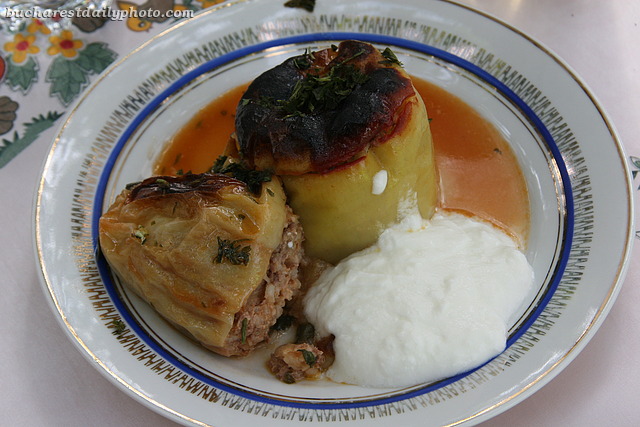 I lived outside Romania for a few years and during that time I was told by my friends of different nationalities that their impression of Eastern European food is that it involves a lot of sour cream. I have to agree that this impression is partially true and in order not to dissapoint my friends, I decided to post a photo of one of my favorite Romanian dishes which is usually served with sour cream. The “stuffed peppers” (ardei umpluţi in Romanian) is an Eastern European dish consisting of peppers filled with a mixture of ground meat, rice, onions and other spices, boiled in a tomato sauce. You can find it in different variations in all countries in Eastern Europe. In Romania we also have a vegetarian version from which the meat is absent.

One Response to “Do you want some sour cream on the side?”