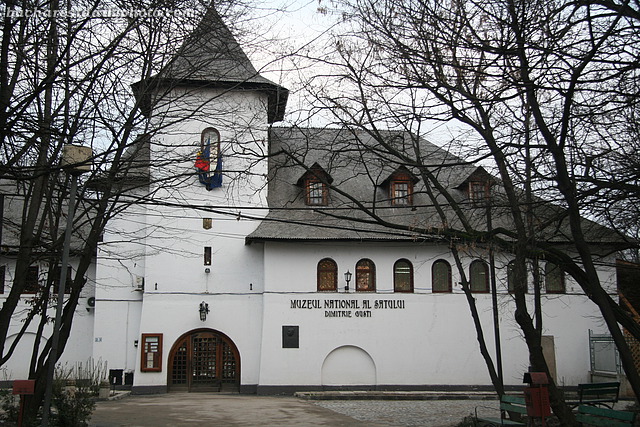 Two years ago I posted in detail about the Village Museum (here and here), one of the most popular tourist attractions of Bucharest. Today, I give you a shot featuring the entrance to the museum. 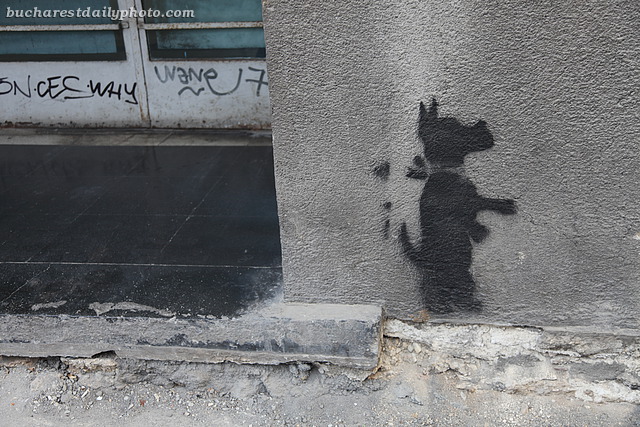 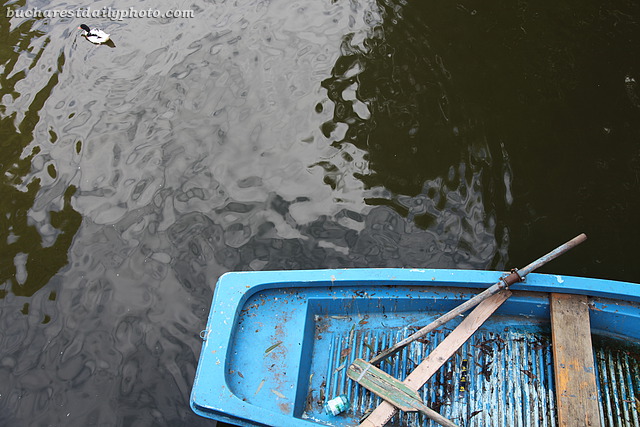 The two photographs from today, shot in Herăstrău Park, are not characteristic for Bucharest. They could as well be shot somewhere else in the world. I took them while I was out for a walk, experimenting with the camera, trying different framings and exposures and not looking to necessarily capture “the spirit of Bucharest”. 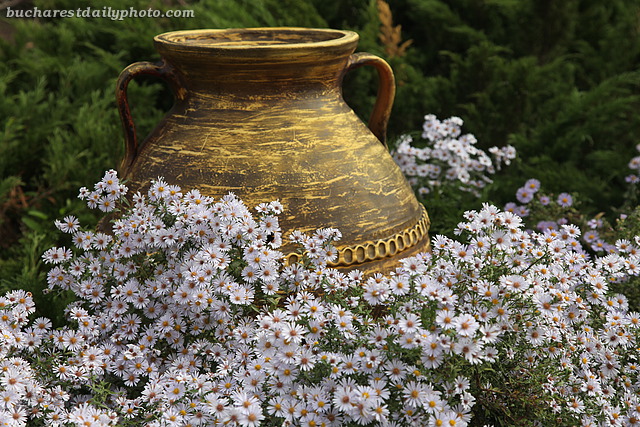 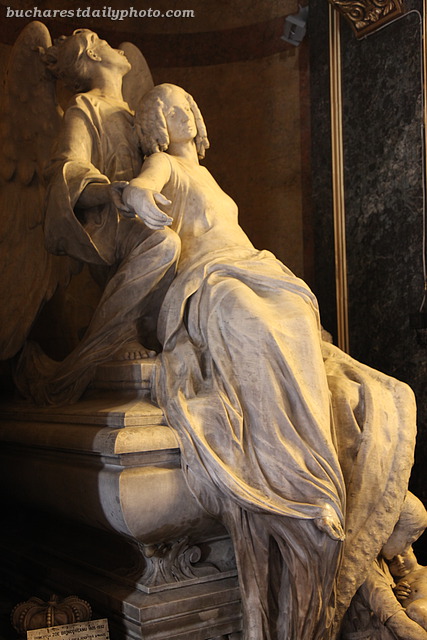 This beautiful sculpture, located inside the Princess Bălașa Church, sits on top of the burial place of Princess Zoe Brâncoveanu, the wife of the Wallachian Prince Gheorghe Bibescu. The sculpture which shows Zoe carried by an angel is the work of the French sculptor Jules Roulleau. 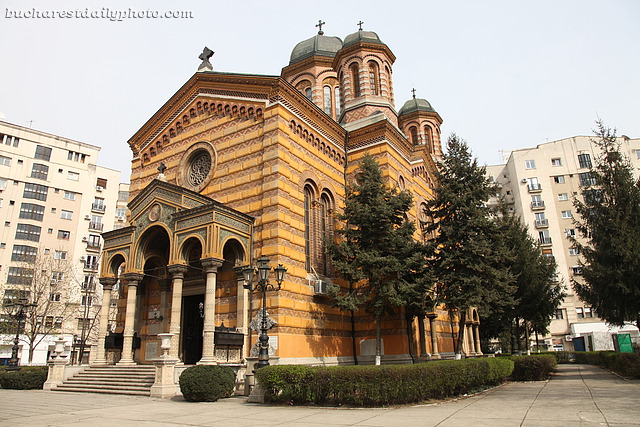 Most of Bucharest’s old churches have a history full of drama: fires, earthquakes, demolitions, temporary closings. But even among these tumultuous histories, the Princess Bălașa Church (Biserica Domnița Bălașa in Romanian) must hold some kind of a record in terms of fighting natural disasters. The first church on this spot was a wooden one built in 1773-1774 by Princess Bălașa (Constantin Brâncoveanu‘s sixth daughter) and her husband Manolache Lambrino. This first church burned down and was replaced in 1751 by a stone structure built by Princess Bălașa after the death of her husband. Renovated in 1831, the second church didn’t last too long either being damaged during an earthquake in 1838. It was replaced by a third church built in 1838-1842 by Safta Brâncoveanu. At its turn, the third structure was damaged by floods and was replaced by a fourth one built between 1881-1885. This is the striped building that we see today, designed by architect Alexandru Orăscu in a Neo-Romanian, Neo-Byzantine style. The current church had to be repaired again after each of the two major 20C earthquakes (1940 and 1977). Princess Bălașa Church is one of the most popular places for weddings in Bucharest and if you come here on a Saturday or Sunday you are almost certain to see a wedding taking place. The church is located off the Union Square, facing the side of the Palace of Justice. 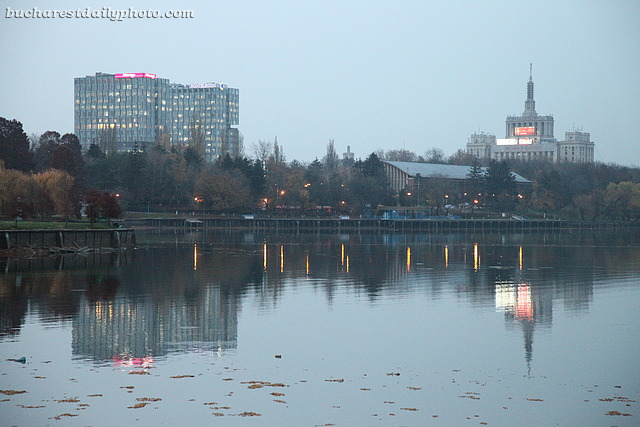 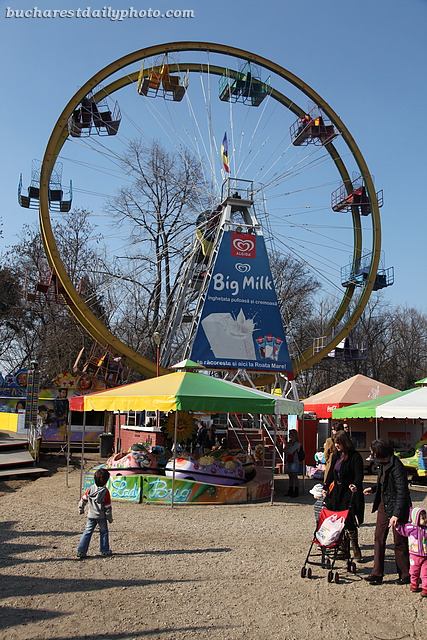 … in Herăstrău Park. Not as big as the name would have you believe but most likely perceived as huge by the little ones. 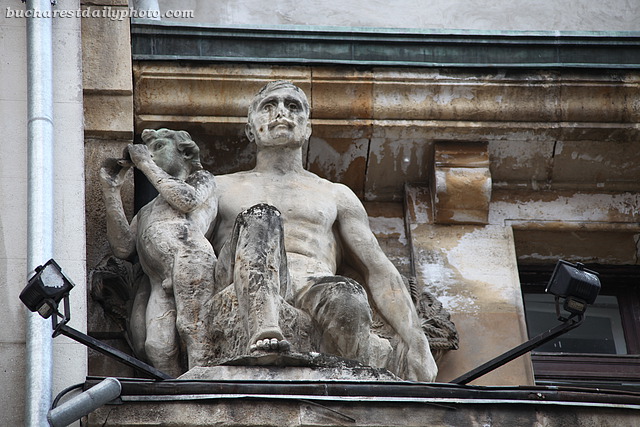 Today’s photos show the decaying statues adorning the facade of the former Bank of Romanian Credit. I guess I don’t have to say that the statues are in great need for a face-lift. 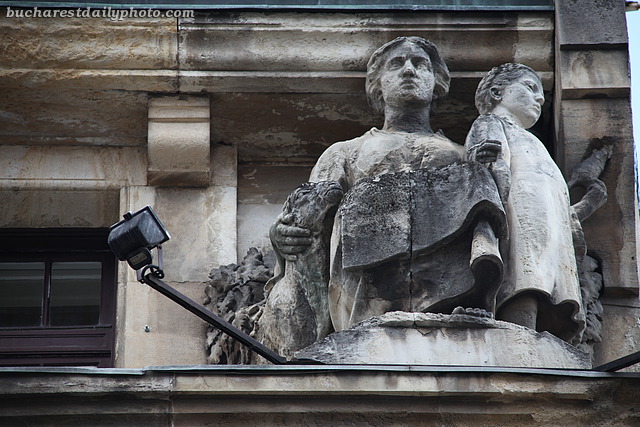 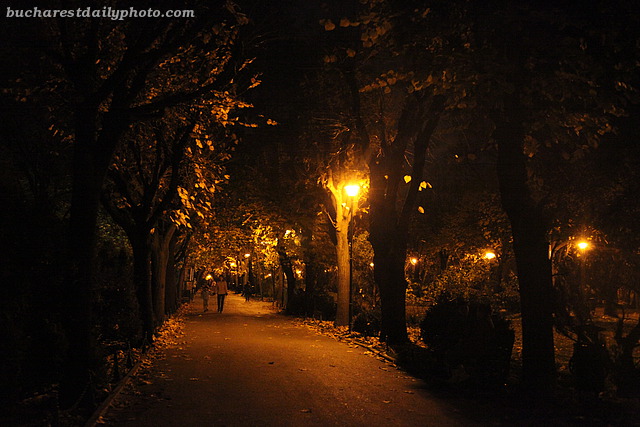 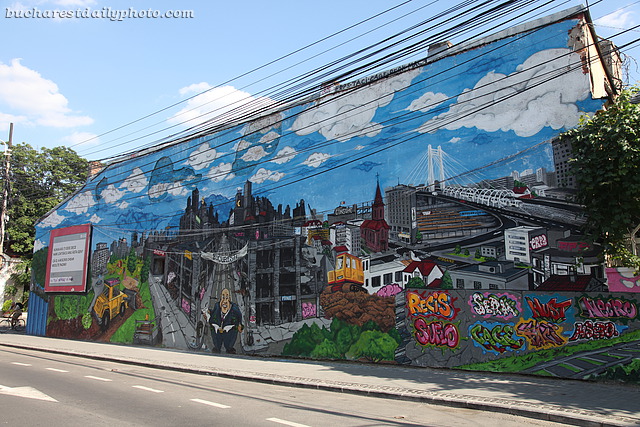 Right before leaving Bucharest last August I managed to photograph the graffiti wall on Arthur Verona street. Usually there are cars parked by the curb and it took the miracle of a very quiet Sunday in order to be able to shoot the wall unobstructed. The graffiti wall has been around for a few years. Every year the graffiti changes, usually with the occasion of the “Street Delivery” event, when the street “opens to the people”, turning pedestrian for a few days. This year’s graffiti is an image of today’s Bucharest, showing many of the features that define the city at this moment in time. The representation is dark in my opinion but the particular shown are true nonetheless. I like looking at the little details, for example the cable poles with their hanging wires (which I talked about in this posting) or the “Gigi pleacă!” (“Gigi, leave!”) message written on a wall. Bucharest was full of writings like that last year; they refer to the manager of a football team which the fans wanted out of the picture. 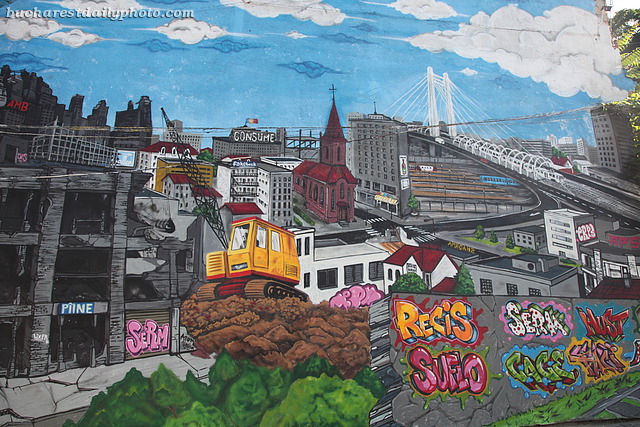 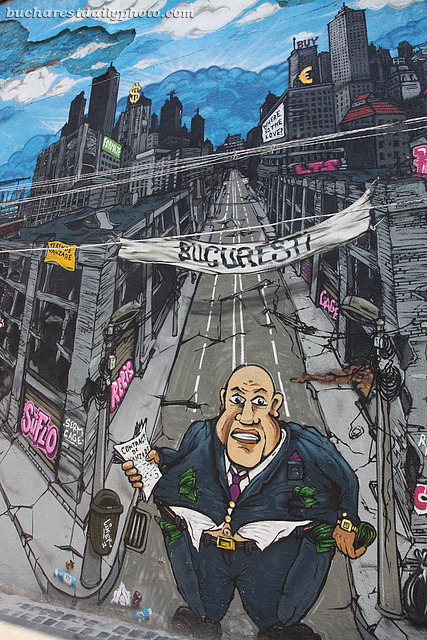 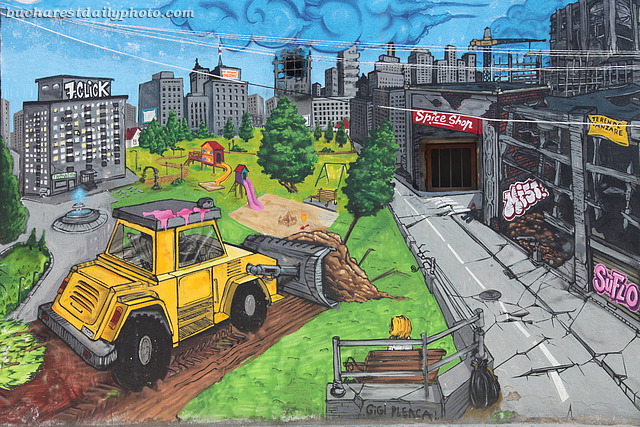 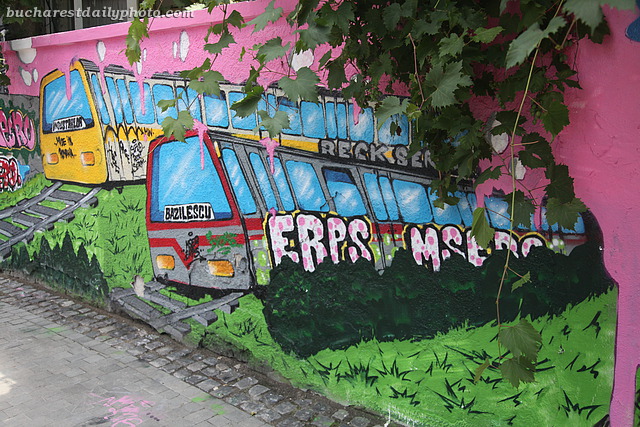