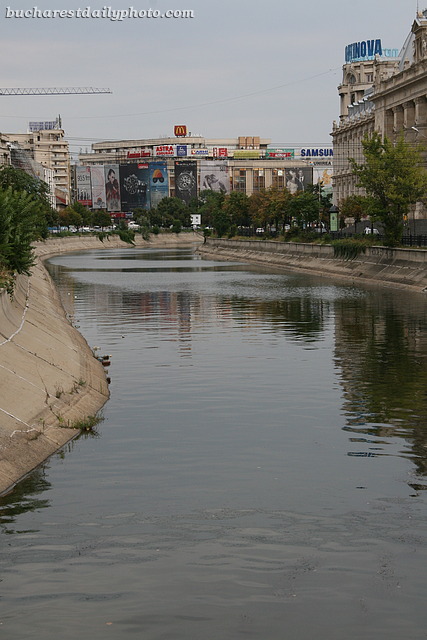 Paris has Seine, London has Thames and Bucharest has … Dâmboviţa. I live very close to its banks so I get to see it every day. I was actually surprised to see that Dâmboviţa has a dedicated, very nicely done, wikipedia page. To summarize the information that I read, the citizens of Bucharest used to drink water from Dâmboviţa but they don’t anymore because nowadays it’s very polluted due to the raw sewage that’s being dumped into it. Also, Dâmboviţa used to flood Bucharest quite often but it doesn’t anymore because it was channeled in 1970s (the second attempt, the first being done in 1883). It was never used for navigation.

5 Responses to “The city on the Dâmboviţa”