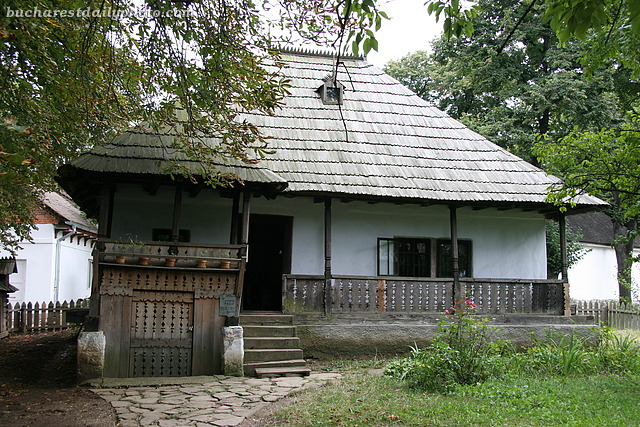 If you find yourself in Bucharest and don’t plan to visit Romania’s rural areas – and even if you do – you shouldn’t miss this museum which is one of the largest of its kind in Europe. Established in 1936, the museum is a extraordinary open air collection of over 300 wooden houses, windmills and watermills, churches, barns, gates, sheds etc brought from all over Romania in pieces and reassembled on the museum grounds located on the edge of Park Herăstrău. Behind the project from the start was ethnographer Dimitrie Gusti (1880 – 1955) who wanted the museum to mirror as closely as possible the aspects of the rural life. Because of this the museum is organized as a real village, with clusters of houses being linked by winding paths. This makes for a pleasant stroll especially if you find yourself in Bucharest during the summer, when the city is hot and dusty. The oldest houses date as far back as the 18th century. Sometimes the museum hosts crafts fairs, exhibitions and folk music and dance festivals. The house in today’s photograph is from Trăisteni, Prahova, a village about 120 kilometers from Bucharest and it dates from the 19th century.

5 Responses to “The Village Museum”