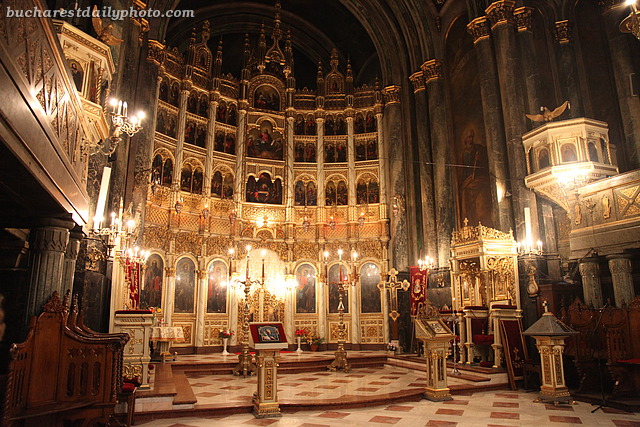 Almost a month ago I got invited to attend a wedding and on this occasion I got the chance to photograph another one of Bucharest’s beautiful churches: New Saint Spyridon Church on Calea Şerban Vodă. The church is the biggest orthodox church in Bucharest and I was really impressed by it, not by its size, but by its handsome interior and exterior. The first church by the name New Saint Spyridon Chuch was built on this site in 1766-1768, construction being started by one of Wallachia’s rulers, Scarlat Ghika, and finished by his son Alexandru Ghika. The building lasted until the year 1852 when the church was rebuilt entirely by architects Luigi Lipizer and Xavier Villacrosse, construction ending in 1858. The oil painting was done by Gheorghe Tattarescu in 1862. In the 20th century the church was damaged in the air raids of the WWII (1944), by the 1940 and 1977 earthquakes and by the construction of Bucharest’s subway in 1979 but the highest threat came when the communists decided to demolish it. Happily, the church was saved through the intervention of the former head of the Romanian church, Patriarch Teoctist. The architectural style is Neo-Gothic with traditional Romanian influences. 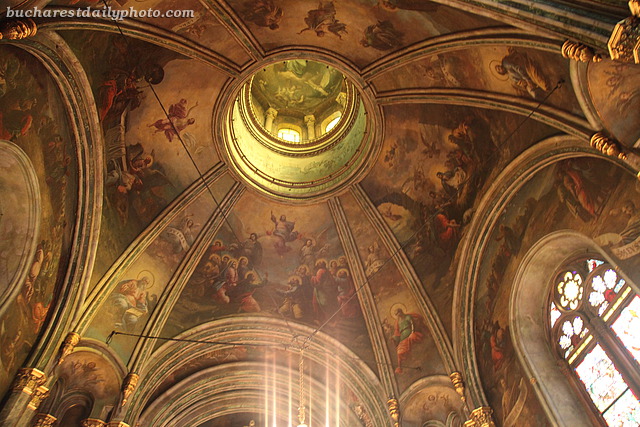 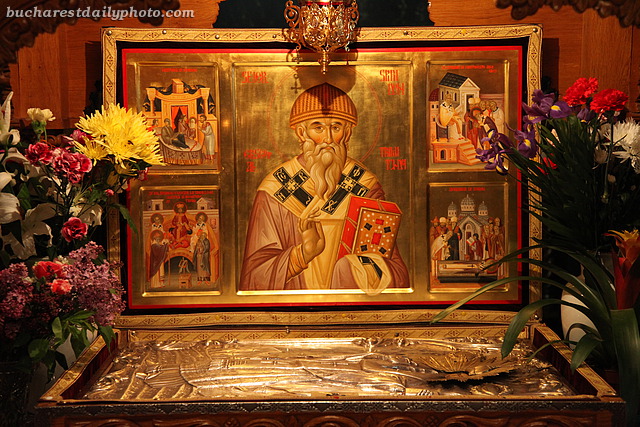 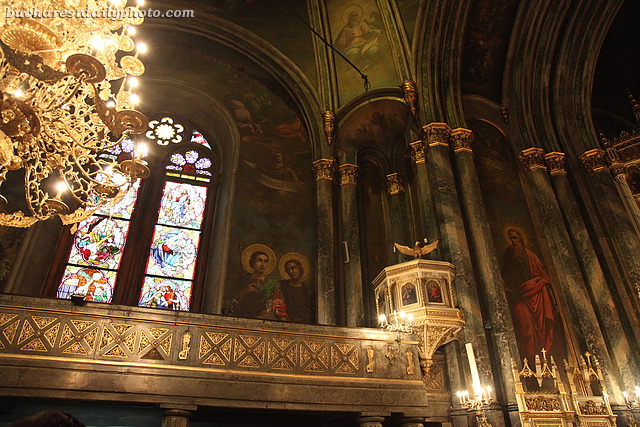 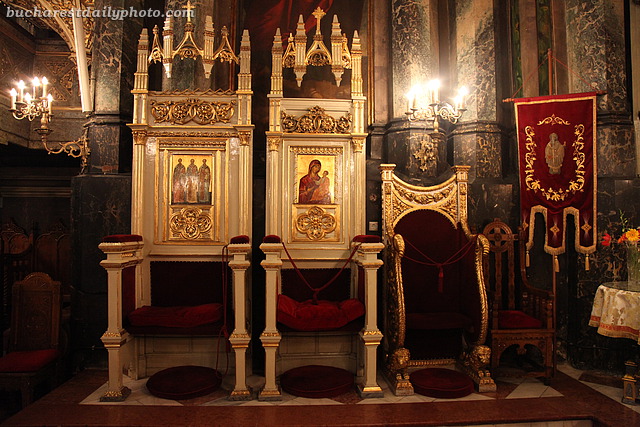 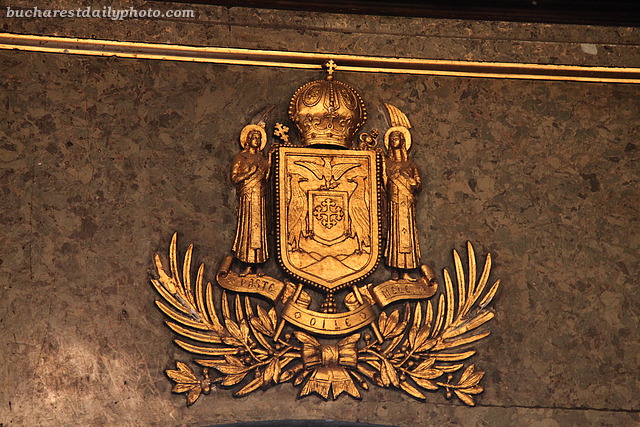