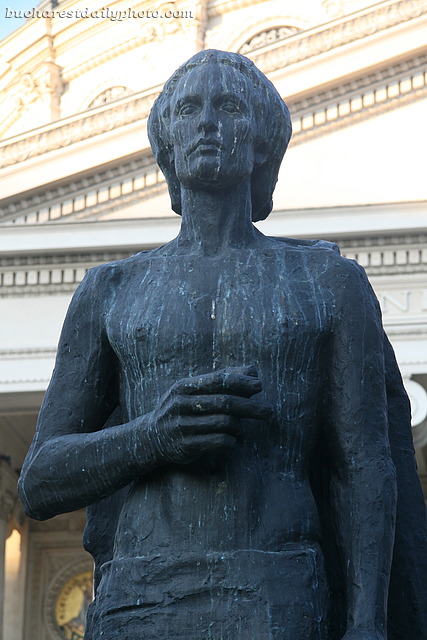 Mihai Eminescu (January 15, 1850 – June 15, 1889) was a late Romantic poet which is considered to be the most influential Romanian poet and has been crowned by many as “Romania’s national poet”. Studying his poems is required in Romanian language schools and I remember getting one of this poems as subject at my Baccalaureate exam (the high school exit exam). His portrait can be seen everywhere in Romania. He is on the 500 lei bill (leu, plural lei, is the Romanian currency) but since that is the highest denomination Romanian bill, the equivalent of 115 euros or $170 you don’t get to see many of those. Many schools and libraries in Romania are named after him and you can see statues of Eminescu everywhere in Romania – like the one in today’s photo, located in front of the Romanian Athenaeum. A few years ago there was a huge scandal when a few young Romanian writers wrote about their idea of Eminescu and against the official idolized image of the poet. 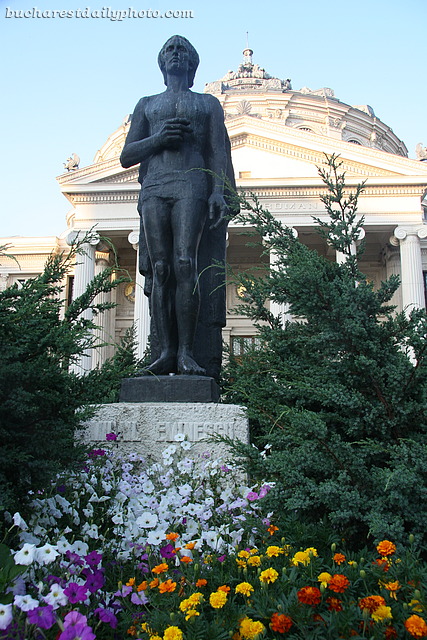 6 Responses to “The National Poet”