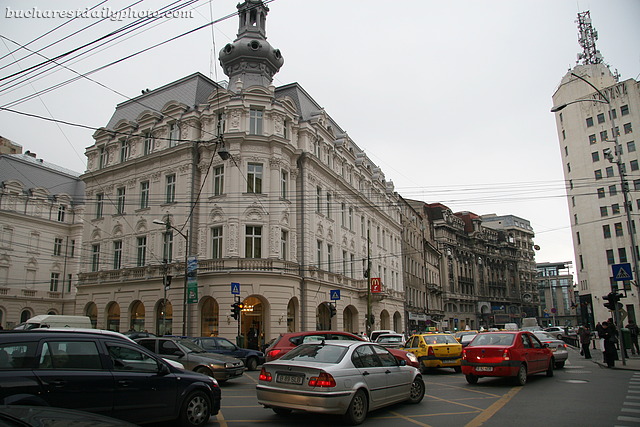 The traffic in Bucharest, especially during rush hours, can be a bit on the nightmarish side. I took this photo on Monday. Yesterday, Tuesday, the subway workers went on strike and everyone who normally took the subway to work took the bus or their personal car instead. If you can imagine a sea of cars, all honking (why? since there’s no space to advance to) and just looking like they were parked in the middle of the road, you got the right idea. Many times the traffic of Bucharest looks like that, even when there’s no subway strike.As you can see from the picture, a lot of the mess is brought on themselves by the Bucharest’s drivers who try to inch their way in intersections even when the light is red. The crisscrossed yellow lines that you see on the pavement are supposed the mark the “Do not block” area of the intersection. Not that anyone pays attention to that.