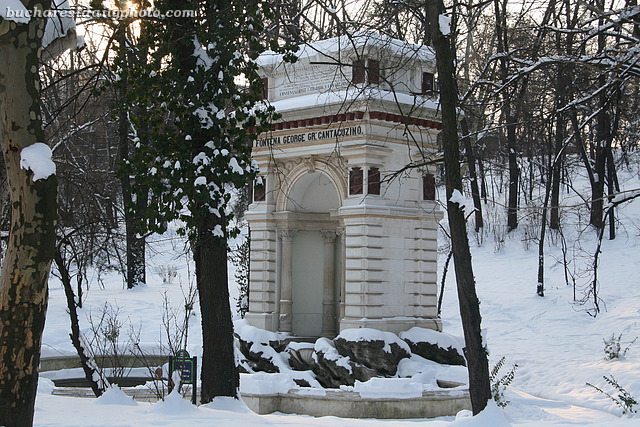 This beautiful fountain is one of my favourite monuments in Bucharest and every time I find myself in Carol Park I make sure to pass by it. It was built in 1870 by George Grigore Cantacuzino who at the time was the mayor of Bucharest. This fountain replaced an older one, built in the 1792-1793 for tapping the water source that fed Filaret Hill. The older fountain deteriorated slowly and was demolished in 1863. The message written on the upper part of the fountain reads “This fountain was built in 1870 at the expense of the capital’s mayor, George Grigore Cantacuzino, following the vote by the municipal council of Bucharest held on August 8, 1869, when it was decided that the fountain will bear the name of George Grigore Cantacuzino Fountain”. The fountain, built in neoclassical style, is decorated with bass-reliefs representing medieval knights and coats of arms.