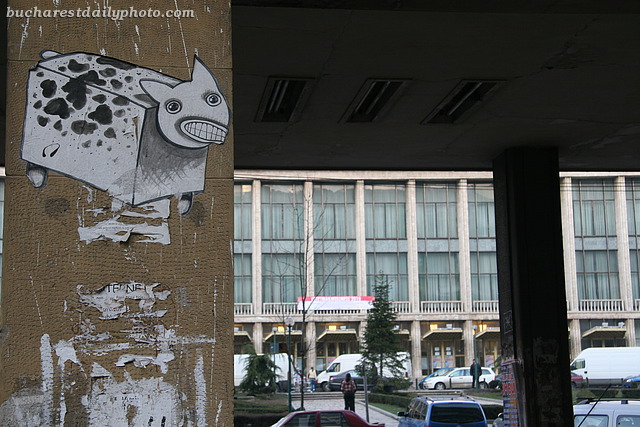 Alexandru Ciubotariu aka Ciubi is probably the most known graffiti artist in Romania. His signature is the “Square Cat” (Pisica Pătrată in Romanian), which is – as its name suggests – a sort of fantastical creature, shaped as a square. It can be seen on many walls in Bucharest and it’s become an urban brand. Back in January Ciubotariu became the first graffiti artist in Romania to have an album published. The album shows examples of the Square Cat’s appearances in Bucharest and a few other cities. I’ve already posted one incarnation of the Square Cat on this blog, back in September. Today’s photograph shows another one.

2 Responses to “The Square Cat”