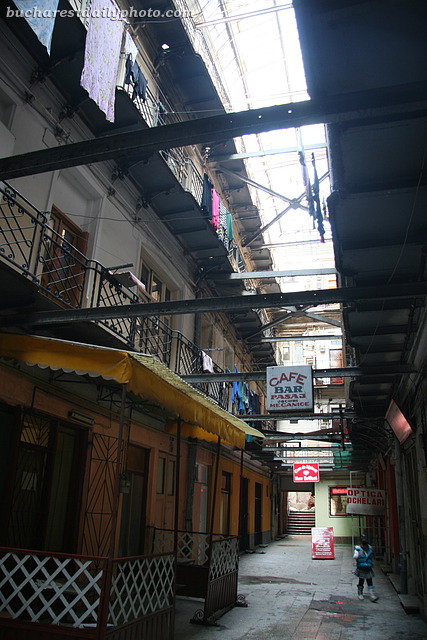 Today is Theme Day at the City Daily Photo community, a monthly event that happens the first day of every month, when all participating blogs will post a picture that relates to the theme day’s description. Today’s theme is: Passageway. Click here to view thumbnails for all participants

The covered English Passage is one of Bucharest’s historical passages linking Calea Victoriei with Academiei Street. It was built in 1885 and took its name from Hotel English which stood at one end of the passage, on Calea Victoriei. Some of the hotel rooms were located inside the passage. A few years later the hotel was converted into a luxury brothel (!), very famous at the times. The brothel lasted until 1947 when it was closed by the communists and the building was changed into apartments building. As you can see from the picture the passage is in really bad shape, even though I’ve read somewhere that it’s on the list of historical monuments. I hope the money to repair it will be found soon, before the passage is lost forever. 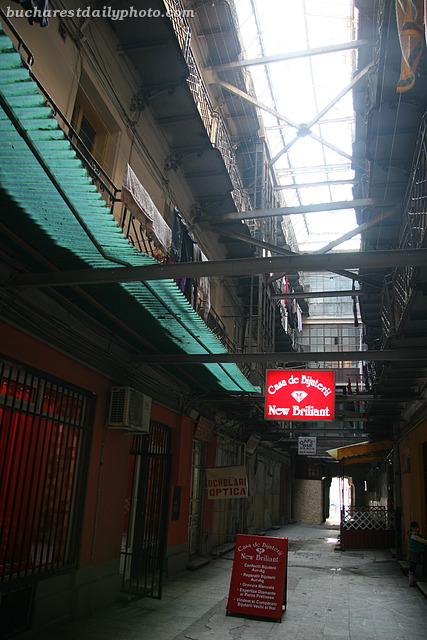