This beautiful French house located in downtown Bucharest is known by the name of “The House of Mitza the bicyclist” because it used to belong to Maria Mihăescu (1885-1968), the first woman bicyclist of Romania. This was back in 1898 when Mitza made waves by biking down Calea Victoriei. She was a very beautiful lady with lots of admirers and supposedly lots of famous lovers. She was also the first Romanian lady to wear a bathing suit at the beach. According to wikipedia, the house in the photo was a gift from King Ferdinand of Romania, whose supposed to have been her lover. The house was built in 1910 by architect N.C. Mihăescu, had the first floor modified in 1933 and was restored again in 1985. Right now the building is in dire need of another renovation before it starts losing the beautiful details of the facade. 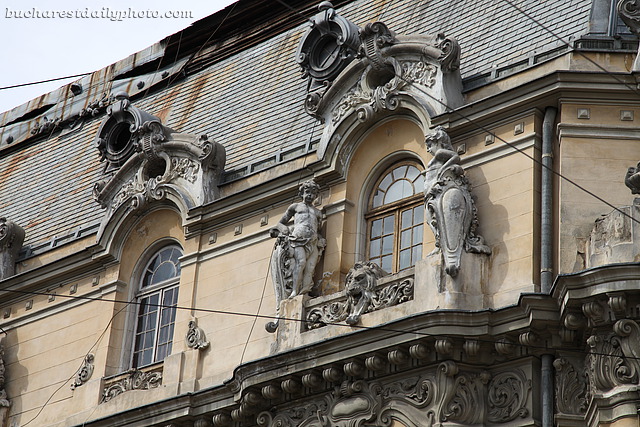 5 Responses to “The Bicyclist’s House”