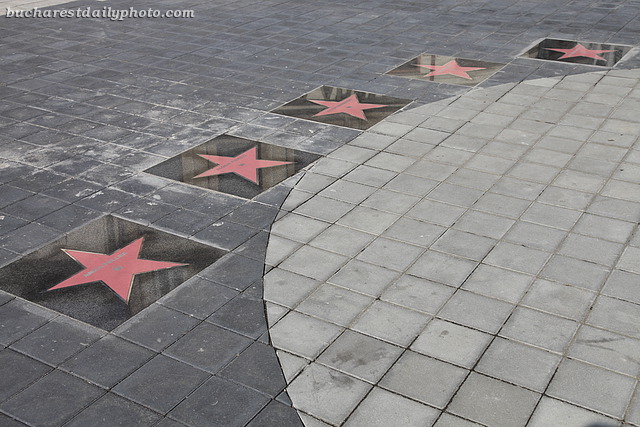 Since last January Bucharest has its own local version of the Walk of Fame or Avenue of the Stars or whatever you want to call it. How about that? It lies in a little plaza near the Cocor Shopping Center and so far it has six stars (you can only see five in the photo because I took the picture at the beginning of the summer, before the sixth star was added). The project was the idea of Cocor Shopping Center and Metropolis Theater and is intended to pay tribute to Romanian actors. Out of the six actors/actresses/directors represented so far, my non-Romanian visitors might know the actress Maia Morgenstern who played Mary in the “The Passion of the Christ” by Mel Gibson.

One Response to “Walk of Fame”