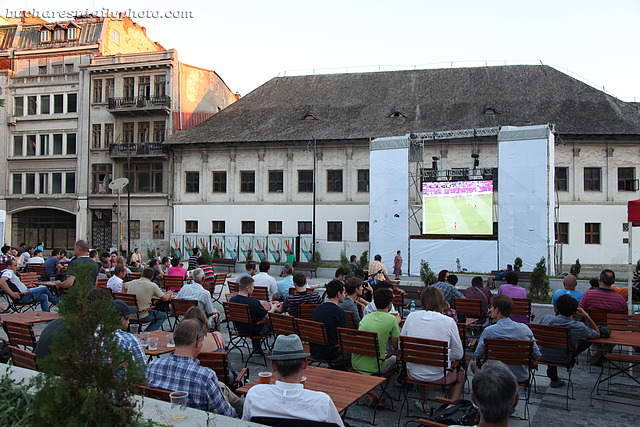 Even though Romania’s national team did not qualify to the European football (soccer) cup 2012, the competition is being closely followed by Romanians. After all, football is the king of sports here. Today’s photo show a people watching a game on a big screen placed in front of the Manuc’s Inn in Bucharest’s Old Center.

One Response to “The King of Sports”