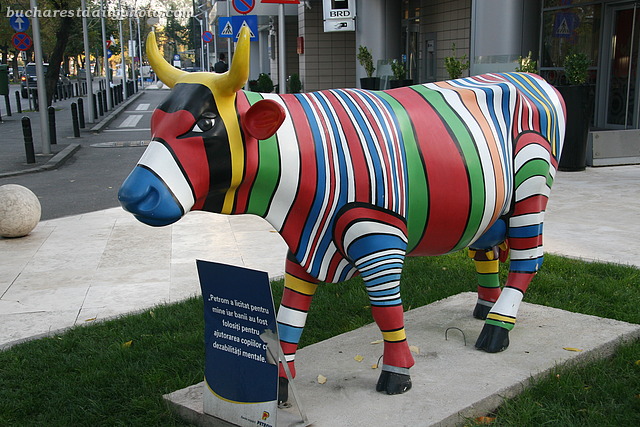 Are you familiar with the CowParade? You probably are if you live or visited (at the right moment) one of the over 50 cities in which it was staged. According to their web page, it has been one of the most successful public art events in the world. I personally caught them in New York City in 2000 and Florence in 2005. Bucharest was the site of the CowParade in the summer of 2005, when local and international artists painted the fiberglass cows that were displayed all over the city. After the closing of the event the cows were sold in an auction and the money went to charity. Some of cows that were auctioned were redisplayed for the public to see, like the one in today’s photo which I photographed on Calea Dorobanţi.

8 Responses to “Cows about town”