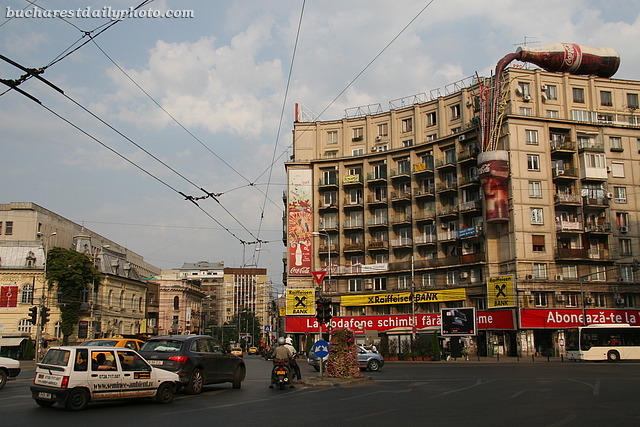 For today, a photograph from the Roman Square, (Piaţa Romană in Romanian) which I mentioned in the She Wolf post last week. The Roman Square is a major traffic intersection in downtown Bucharest. Set around 1900, the square has a circular shape and a big roundabout. Three major boulevards intersect here. What you see in the picture is the southeast corner. The square is served by a subway station and is a major transport hub for buses and taxis. The huge Coca Cola bottle pouring into a glass stuck to the side of the building has been there for more than two years (if I remember correctly). I took the picture at the beginning of September. It will be some time before we see a sky so blue again.

6 Responses to “The Roman Square”