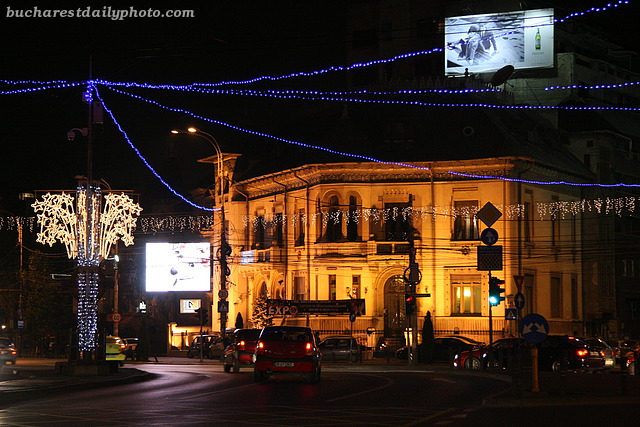 Believe it or not we used to celebrate Christmas during communism although not officially of course (for those who don’t know, the communists are atheists). Christmas came packaged with New Year Celebration and they were officially known as “The winter holidays”. We decorated the Christmas tree with whatever we were able to find and on December 24th, “Father Winter”, Santa Claus’ identical twin, arrived with presents. I remember when Father Winter (a colleague of my parents) came to bring me presents when I was about 5 years old. I was so nervous that I forgot the poem I was supposed to recite. However, he was nice and left me presents nonetheless. By and large I had a happy childhood during communism despite the lack of some basic needs. I realize now that it was thanks to my parents who tried to shelter me from life’s reality.

The picture above is from Romană Square. The next two are taken on Magheru Boulevard where the city hall reused some of last year’s decorations (cost cutting in the economic downturn I think). The last one is showing the University roundabout. 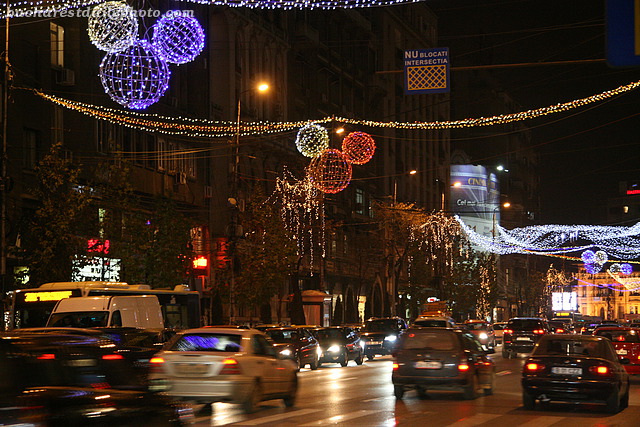 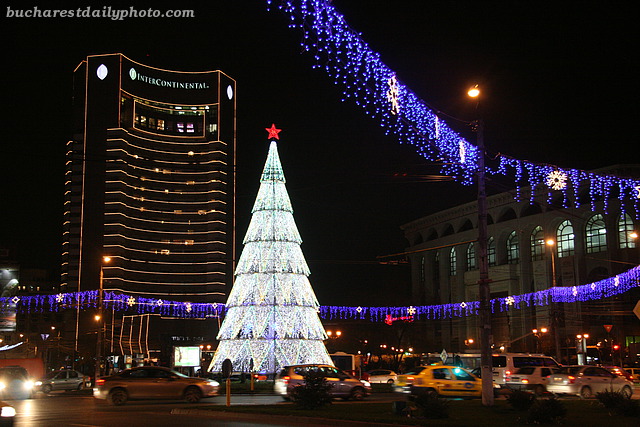