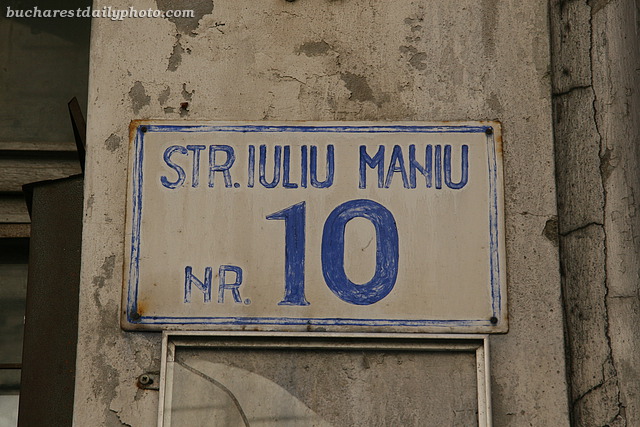 We like to confuse tourists here in Bucharest. I’m kidding of course, we don’t aim to do that, but somehow that is the result 🙂 Take for example street names. In a 550 years old city like Bucharest, street names should be well established and shouldn’t change too often, right? Well, that’s not exactly true. Starting with the end of the 19th century the municipality of Bucharest started to pay attention to street naming in their attempt to make a more western city out of our capital. They did that by taking after the European habit of naming the streets after great personalities of the time or important figures in history. And so started the politics of street names. When a new government would gain power they would see it fit to rename some of the streets. When the communists came to power after WWII they transformed this “sport” into a form of art; they started a wide campaign of renaming the streets and giving them names that had some link with the regime, for example names of communist leaders – who would also change every few years when that particular communist hero would fall into disgrace. Historical personalities up to 1859 were also favored. When the communist regime was overthrown in 1990 another wide campaign of renaming the streets was started. This time the goal was to remove the names of the communist regime. One of the streets in the Old Town, which is the subject of today’s photo, was called over the years Işlicarilor, Franceză, Carol I, 30 Decembrie (under the communists), Iuliu Maniu and finally the name was changed back to Franceză. Nowadays most of the streets in Bucharest reverted to their inter-war names. Sometimes it happens that people still refer to a street by its former name having no idea that the name has changed; people in their 70s and 80s refer to the street by its between the wars name, people in their 50s and 40s call it by its communist name and the younger generation uses the name given after 1990. Today’s photo shows an old street name plate that can still be found on the above mentioned Franceză Street, from the time the street was called Iuliu Maniu.

6 Responses to “On street names”