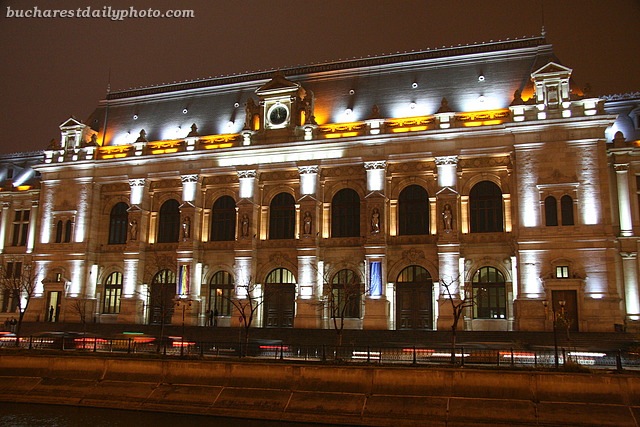 The Palace of Justice was built between the years 1890-1895 in French Renaissance style. It was designed by the French architect Albert Ballu and the interiors were finished by Ion Mincu. What you can see in today’s photo is the main facade, with its six pillars and the law themed statues bearing names like “Law”, “Justice”, “Truth” etc. created by the sculptor Karl Stork. Because it was built on fragile ground on the banks of river Dâmboviţa, the building has been again and again damaged by earthquakes and had to be consolidated many times. The last major restoration took place between the years 2003 and 2006. I still wonder how it escaped the Civic Center demolitions during Ceauşescu’s regime.

5 Responses to “Palace of Justice”