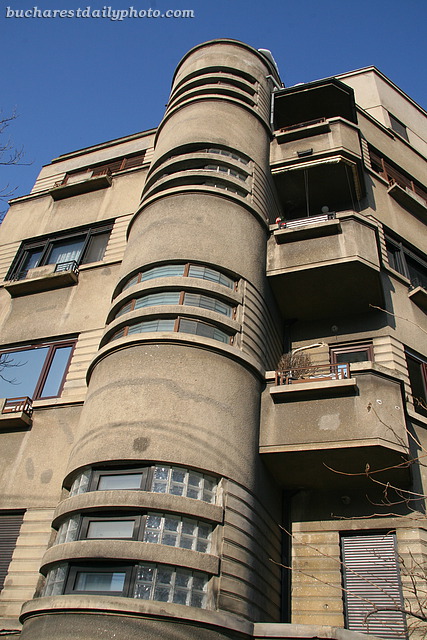 Continuing with the between the war architecture series. Some time ago I confessed to be a fan of this type of architecture in all its flavours and shapes (Modernist, Cubist, Bauhaus, Art Deco). Bucharest has numerous examples of it throughout the city, many of them not in good shape due to lack of adequate maintenance. Despite this, one can still discern the elegant lines and the interesting architectural solutions that were adopted. The example in today’s photograph lies on Boulevard Lascăr Catargiu, an area which developed as an upscale residential neighbourhood around 1900. The building was built in 1934-1935 by architect Remus Iliescu.

7 Responses to “Bucharest’s between the wars architecture – Part 8”