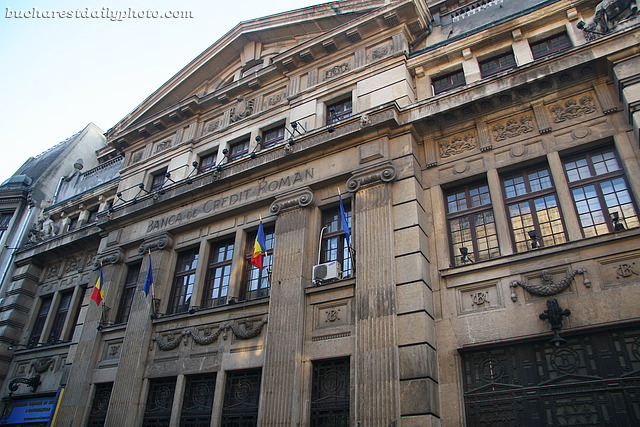 Today’s photograph shows the building of the former Bank of Romanian Credit (Banca de Credit Român in Romanian), located on Stavropoleos Street next to the monastery with the same name. Nowadays the building serves as the headquarters of various public institutions. At the end of the 19th century Bucharest met with a rapidly growing economy and in order to cope with this development lots of banks were founded or opened offices in the streets around the National Bank of Romania, an area bordered by the Calea Victoriei, Stavropoleous, Smârdan and Doamnei Streets. This way a banking district was created within the perimeter of the Old Town, a place that was until then reserved for merchants, inns and monasteries.

4 Responses to “The Bank of Romanian Credit”