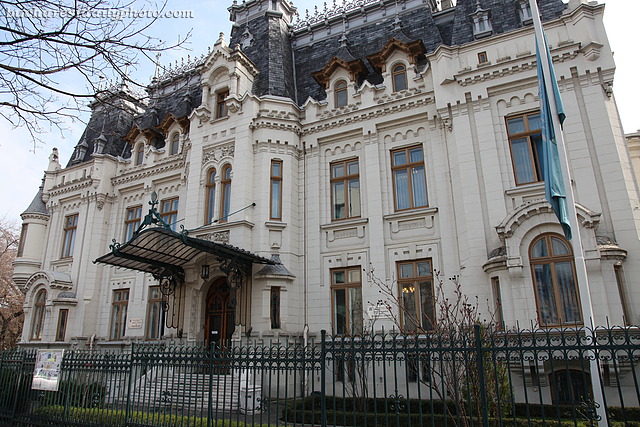 The beautiful palace which is the subject of today’s photo was built in 1902-1906 as a residence for Elena Kretzulescu (aka Elena Creţulescu) by architect Petre Antonescu (1873-1965). It replaced the old family house, which was built around 1718. The palace’s facade is aligned with Ştirbei Vodă Street while the back looms over Cişmigiu Park from a small hill. Purchased in 1927 by city hall, the building was used for various purposes: from 1928-1929 it housed the office of the Prime Minister, followed by the Museum of Religious Art which was closed in 1946 when the communists came to power. Since 1972 the palace has been the seat of UNESCO European Centre for Higher Education. As with many other palaces in Bucharest the architectural style is Eclectic with touches of French Renaissance, which was very much in fashion in Bucharest at the end the 19th century. 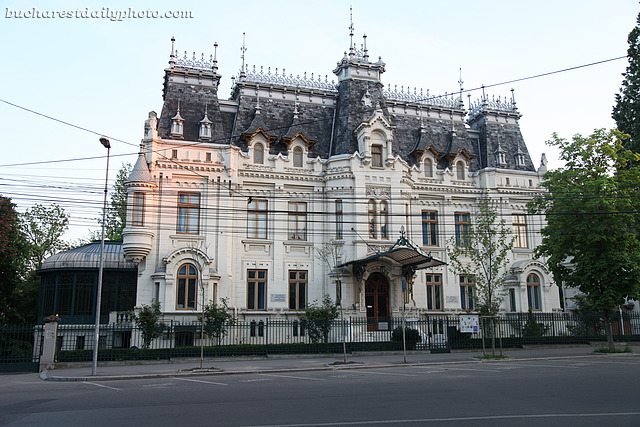 The back of the palace seen from Cişmigiu park: 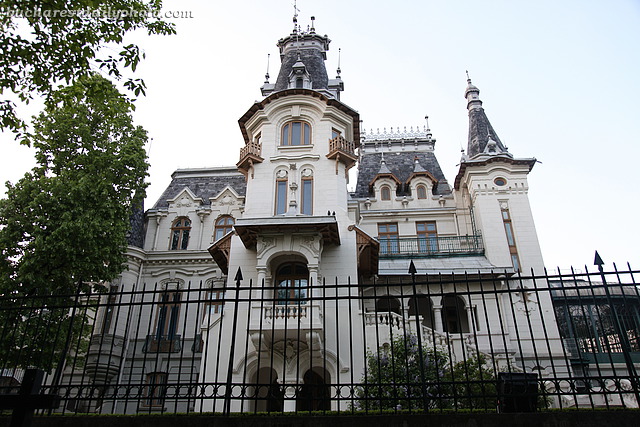