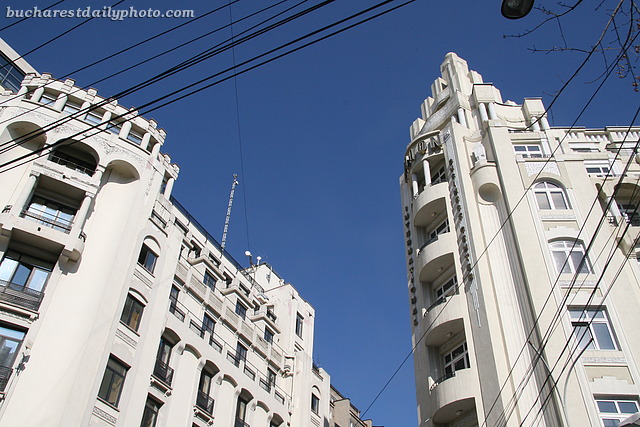 I’ve already posted two examples (one and two) of Bucharest’s between the wars architecture. At that time the city was enjoying economic prosperity and new architectural ideas, like modernist and Art-Deco styles, were being promoted. Here are two more examples (in one photo) of Bucharest’s 1930s architecture; and this time the buildings have been renovated. To the left we have Hotel Stănescu (or Negoiu) and to the right Hotel Union. They were built in 1929-1931 after a design by architect Arghir Culina. They served as hotels until 1990 (if I’m not mistaken) and today they function as business centers. They are located at the intersection between Ion Câmpineanu Street and Academiei.

5 Responses to “Bucharest’s between the wars architecture Part 3”