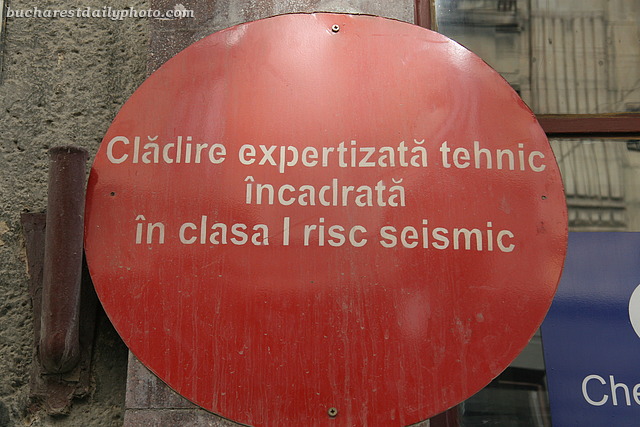 I wrote yesterday about the red dot and I thought a good idea to post a close up of it. Like I said, it reads “This building has been appraised by technical expertise to fall within seismic risk class I” and this means high risk of collapse in case of an earthquake of magnitude 7 of higher on Richter scale. Many of the historical buildings of Bucharest were built before World War II and were never reinforced. Some of them don’t have a foundation or have very shallow foundations and have already been through two major earthquakes (the one in 1977 and another one in 1940 of magnitude 7.7). After the 1977 earthquake, the government imposed tougher construction standards. Earthquake is always on the minds of citizens of Bucharest and people always ask if the building “has a dot” when looking for an apartment. Evidently, being marked with a red dot diminishes the value of a property and some owners will tell you that their house or apartment was wrongly labeled because of the city hall corruption and that for some reason someone wanted to lower the value of their property. But, conspiracy theory or not, who is willing to take the risk ? I’ve also heard of stories of owners who used influence on the authorities and succeeded in having the red dot removed. I don’t know if these urban legends are true or not, but my advice for those who wish to buy property in Bucharest is to bring an independent expert to do a technical evaluation.

The second photo is of the building with the red dot (on Lipscani Street). 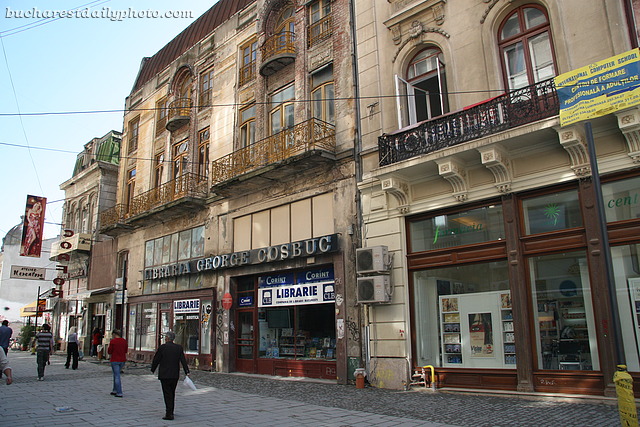 4 Responses to “More on the red dot and earthquakes”