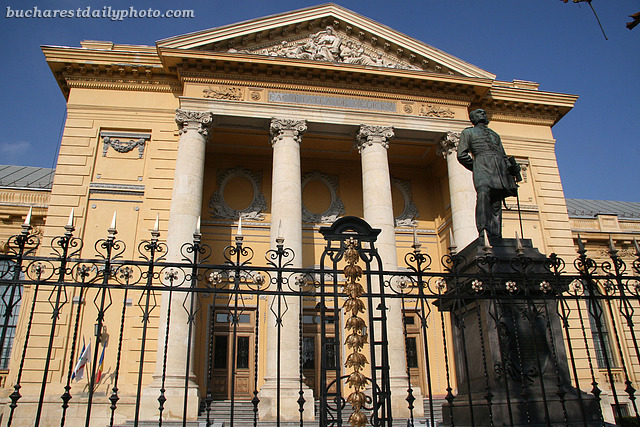 The first medical school was established in Romania in 1857, by a French expatriate medic by the name of Carol Davila (1828-1884). The healthcare system in Romania had been in existence since around 1700 but the doctors were schooled abroad in countries like France, Italy or Austria. As a side note, today it’s the other way around, doctors get schooled in Romania and go to practice abroad. In 1869 the National School of Medicine and Pharmacy became a department of the University of Bucharest and the first doctoral degrees were granted in 1873. In 1903 the school got a new building, which you can admire in today’s photo, designed in French neoclassical style by Louis Blanc. Fittingly, the statue that appears in front of the main entrance is of Carol Davila. It was created by the sculptor Carol Storck.

7 Responses to “The Carol Davila University of Medicine and Pharmacy”