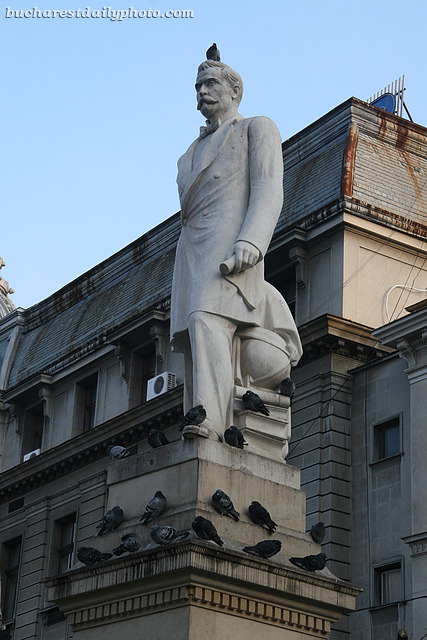 Out of the four statues in the University Square, the one in today’s photograph is the one that seems to agree by far with the square’s pigeons. In fact, the last few times I passed through the square there were no pigeons on any of the other three statues. The statue is that of Spiru Haret (February 15, 1851 – December 17 1912), mathematician, astronomer, professor and politician, who served as the Minister of Education three terms and brought reforms that helped build the Romanian education system. The statue is by Ion Jalea and was placed in the square in 1935.