Today’s photographs show four sculptures by George Apostu, grouped in Kiseleff Park. Apostu (1934 – 1986) was one of the most famous Romanian sculptors of the 20th century, being often compared with Constantin Brâncuşi. 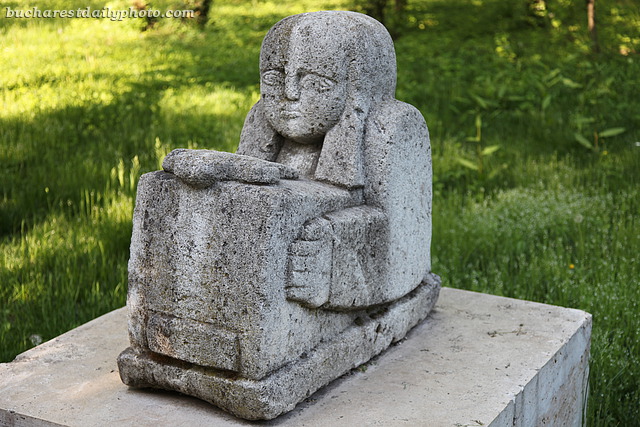 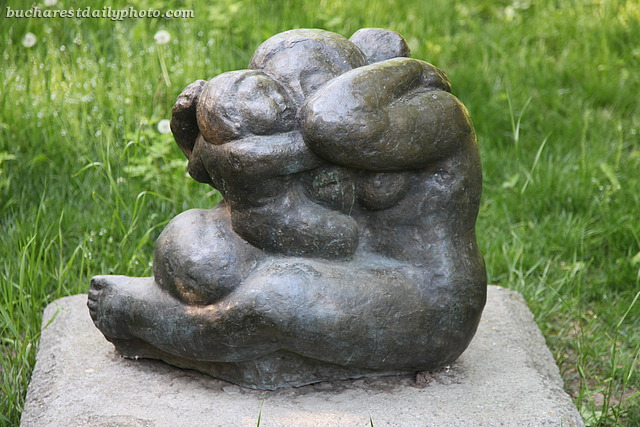 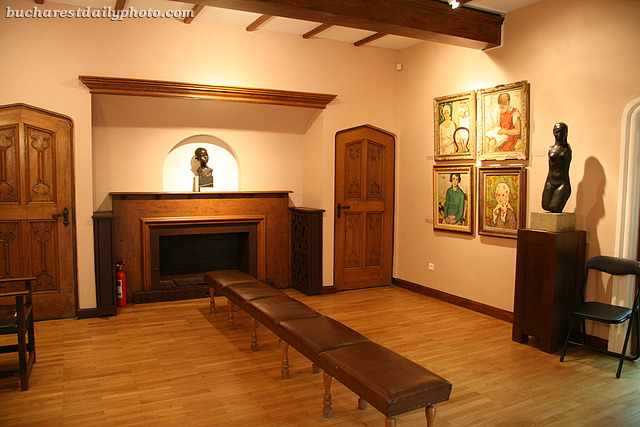 Today is Theme Day at the City Daily Photo community, a monthly event that happens the first day of every month, when all participating blogs will post a picture that relates to the theme day’s description. Today’s theme is: Statues. Click here to view thumbnails for all participants

I had great plans for this theme day. I was to go and photograph some statues that would fit in both with theme day and with the May Day aka International Workers’ Day (which celebrates the legal establishment of the 8-hour working day, something that we today hold as a given but which wasn’t always so). I know a few statues in Bucharest that can be used to express both these ideas. But … I got stuck in the house with a bad cold so instead of what I planned I’m giving you Atlas, sitting among flowers in Cişmigiu Park. The only thing I’m not sure about is if this qualifies as a statue or it’s better defined as a sculpture. 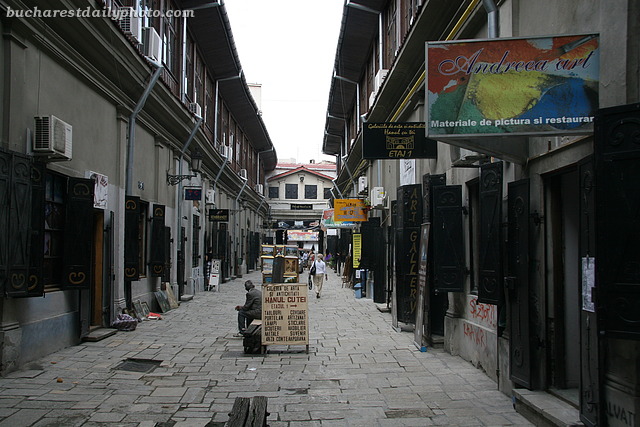 And since I mentioned The Linden Tree Inn (Hanul cu Tei in Romanian) yesterday, I decided to tell you a few more words about it and post a picture of the inner courtyard. Bucharest was once full of places like this one, where travelers could enjoy a meal and a drink and secure shelter for the night. Unfortunately many of the old inns have dissapearead or are in ruin. Even though The Linden Tree Inn changed its destination and today it houses an art gallery, you can still get a feel of the 19th century atmosphere. The inner courtyard links Lipscani street with Blănari street. For a bit of history, it was built in 1833-1834 by two merchants, Anastasie Hagi Gheorghe Polizu and Ştefan Popovici. Each one of them had 14 shops on one side of the courtyard. Nowadays the ground floor is home to many art galleries selling paintings and antiques, art supplies stores and a cellar bar. The upper floor is worked in wood and covered by glass pannels as was typical at the time. It was restored between the years 1969-1973.

I’ve noticed this installation as soon as it was put up in front of Cărtureşti library but I didn’t think about its meaning until I heard someone mention “the ark in front of Cărtureşti”. And then it hit me. Of course, it’s Noah’s Ark. I searched the Internet and found out that it was made by the Romanian artist Virgil Scripcariu for the Europalia, Agorafolly 2007 festival, when it was placed for almost a month in Place du Musée, in the courtyard of the palace of Charles of Lorraine in central Bruxelles. I like how the giraffe is located in front of the ark looking like the mast of a ship.