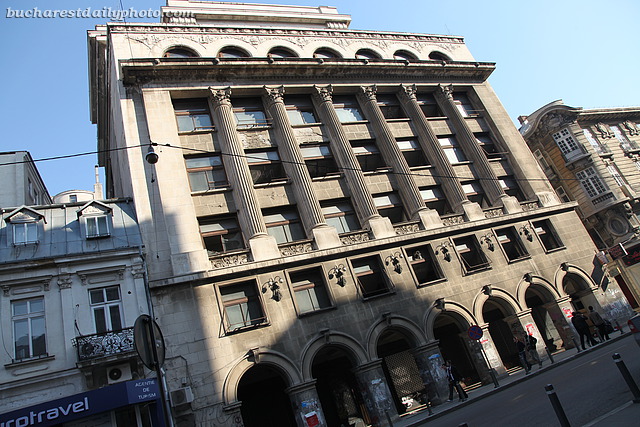 I often wondered about the story behind this apparently abandoned building on Calea Victoriei. Which is why yesterday I decided to do more than just wonder and searched the web for answers. What I found was a great article (in Romanian) which talks in detail about the history of the building. It was built in 1938 after plans by architect Radu Dudescu (also the chief architect for the new wing of the National Bank of Romania) as the House for Pensions and Loans of the employees of the National Bank. A beautiful building, too bad that nowadays it’s in such a bad shape.

2 Responses to “In need of renovation”