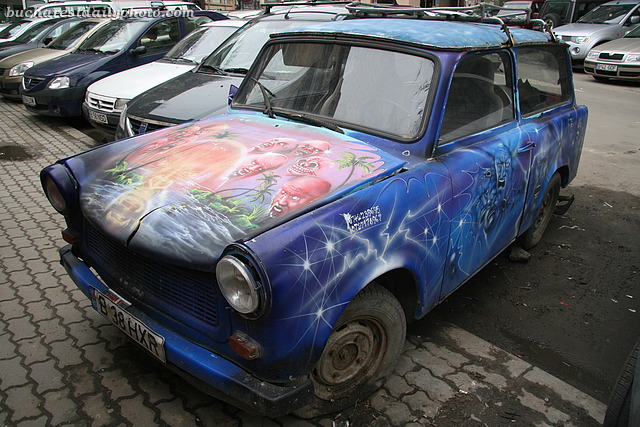 A Trabby painted with scary faces and the like, which looks not to have been taken out of its parking spot in a while. 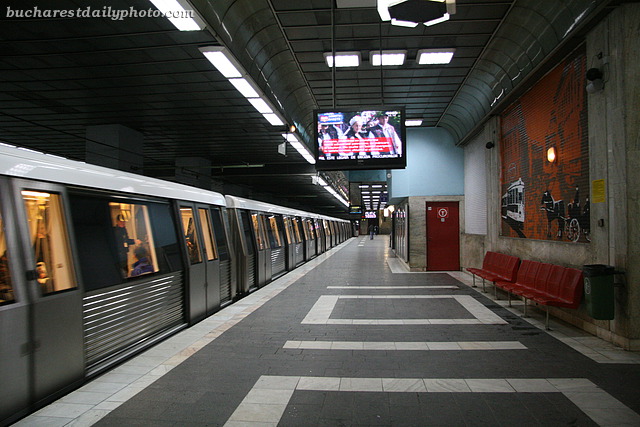 One more picture from the Northern Train Station and I promise to move on 🙂 This colorful panels show a part of the train schedule for this year. To the left we have departures and to the right we have arrivals. “Sosiri” stands for “Arrivals”. The colors indicate the types of trains. We have 4 types of trains in Romania: “Personal” (blue coded) a sort of commuter train that stops in all stations, therefore it is very slow, “Accelerat” (red coded) a bit faster than “personal” trains and with fewer stops, “Rapid” (green coded) a fast train which stops only in major cities and “Intercity” (yellow coded) also a fast train with stops only in major cities. 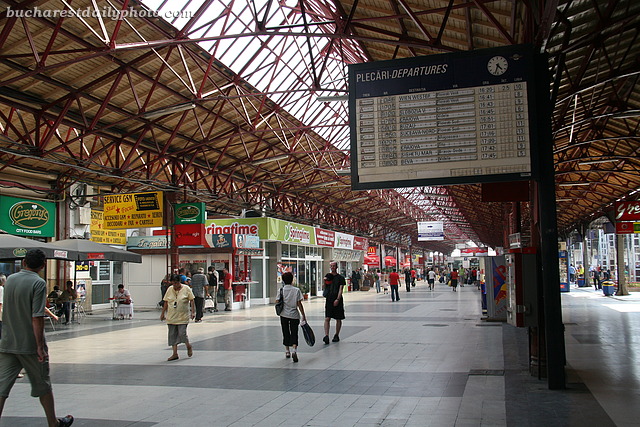 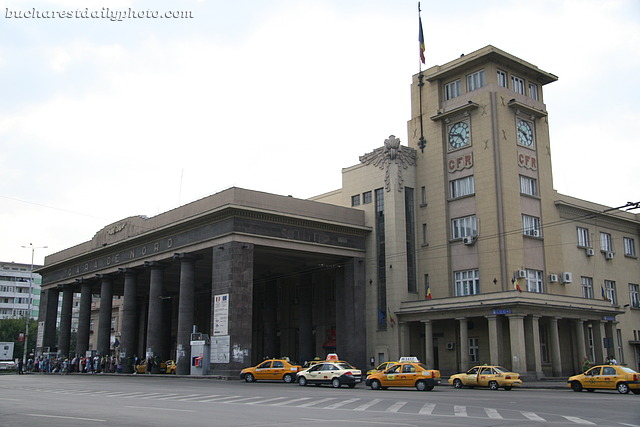 If you come to Bucharest by train, then most likely this is where your railway journey ends and your exploration of the city starts. The Northern Train Station (Gara de Nord in Romanian) is the main train station in Bucharest. It receives both national and international traffic with daily trains to Budapest, Vienna, Sofia, Bratislava, Chişinău, Belgrad, Prague, Venice etc. It was originally called Gara Târgoviştei after an adjacent road formerly called “Târgovişte Road” (Calea Târgoviştei in Romanian), Calea Griviţei today. The Northern Train Station opened to public in 1872.