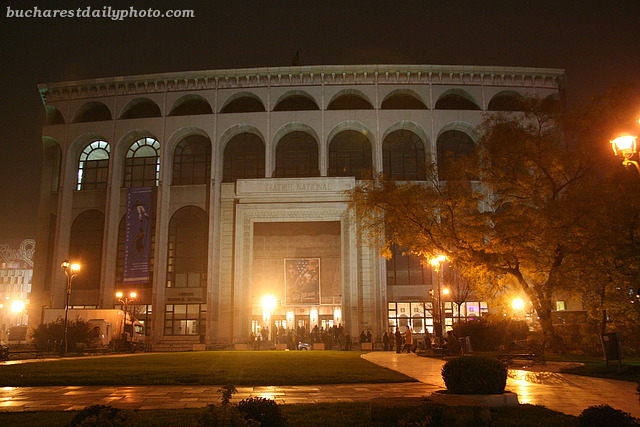 In my earlier post about Bucharest’s National Theatre I’ve talked about its facade being remodeled in 1984, which lead to the version which can be seen in today’s photograph. The theatre is scheduled to undergo renovation soon and if everything works as planned in two years we will admire a new facade, similar to the 1973 version!

One Response to “The National Theatre, night shot”